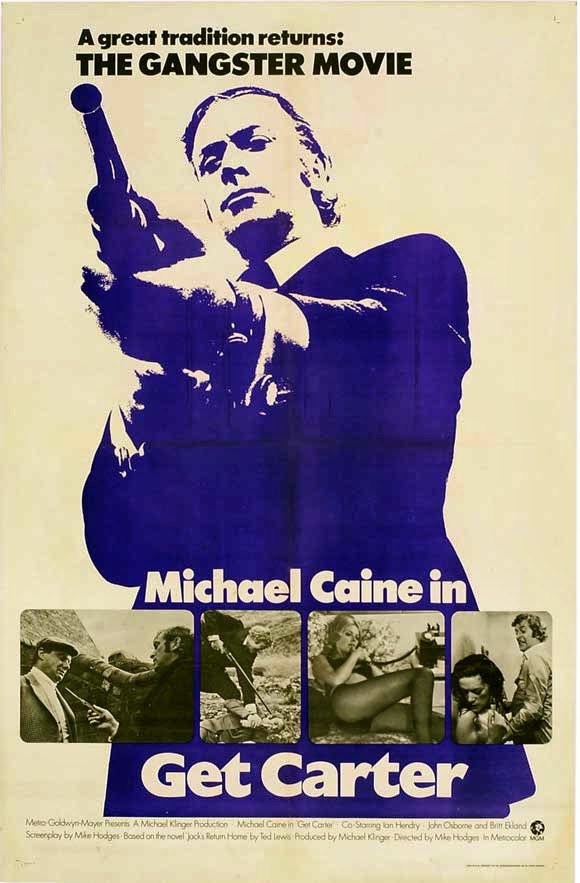 This is a hard film. It is about a reckoning between hard people and an even harder man, set in a hard town. This is a bleak film. At worst, people die, ruthlessly murdered. At best, they walk away having been callously used; violated even. This is a great film. This is Get Carter. And I loved every damn minute of it.

Most Americans are more familiar with the trash Stallone remake of this post-noir film, because the original sported a problematic, underfunded marketing campaign. This is a shame. Most Americans are also familiar with a Michael Caine that is effervescent, charming, and above all, loveable. Here, Caine is a predatory raptor, ready to pluck any face off with his beak should it suit his purpose. While he manages a dry wit for most of the film, it serves more as a warning of imminent violence than any source of cheer.

What we have here is a fairly uncomplicated movie. Jack Carter is a London gangster with a dead Geordie brother. He doesn’t believe the official reports of the death, and begins to root around in his childhood stomping grounds for answers.  Unlike classic noir cinema, there is no black crush of night in the big city to inspire romantic thoughts of Bogart or Tracy: Almost everything here happens in the AM, where the dream-pulping reality of old Newcastle is on full display. The prewar infrastructure is falling apart. Outdoor lavatories rot under the unceasing mist of rain. Cars and coats appear in washed-out pastels, long defeated in their attempt to stand apart from the ubiquitous palette of mud, dirt, and industrial coal filth. The realism The Naked City attempted is actually achieved here, and none of it is particularly easy to look at. 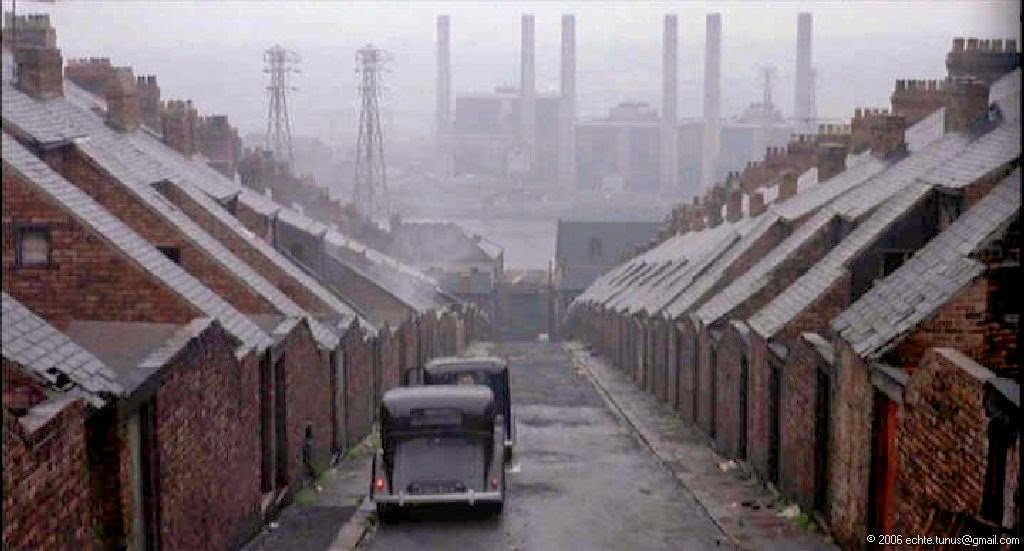 Like most crime melodramas, the cast of characters here are highly archetypal; Jack Carter is the hard man. He encounters a whore, his demure niece, a fat cat crime lord (John Osborne cameo!), the opposing but less powerful criminal boss, a gun moll, hapless goons, and everything else you would expect to find in such a yarn. Unlike Coppola’s Godfather, which came out a year later, Get Carter eschews any pretentious moral philosophizing from the mouths of gangsters or stylized action hero violence a la Dirty Harry. We instead watch an uncomfortably convincing Michael Caine do very bad, very realistic things to even worse people. While we root for him as the protagonist, we are not actually given anything to like about him; even his poor, victimized niece might actually be his daughter, because went around on the brother he allegedly wants to avenge.

This is the film Tarantino and Ritchie spent so many years trying to make, but stripped of the masturbatory intertextuality of Quentin (Carter IS spotted early reading a Chandler novel, however) or the manic music video edits of Guy. Despite the lack of joy in the film, it is a highly enjoyable film to watch, as Caine insists on a certain level of honesty. He draws on his own rough background as the lead (and silent co-producer) of this film, showing that gangsters can be clever, cunning, and cruel. But he also shows us that the glamor of organized crime is only a flimsy and worn veneer coating violent misery; almost every last character introduced in this film comes out a loser, and we aren’t given any didactic pontificating to help us draw conclusions over what the hell we just watched happen. A+ 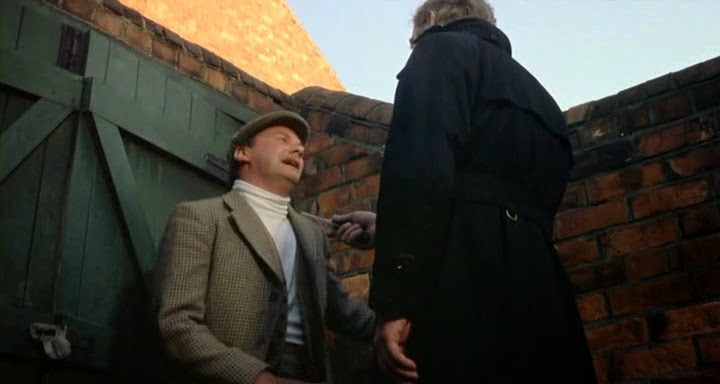 I don’t have a lot to say about Get Carter, mostly because I don’t think there’s a lot to it. Apart from a relatively twisty storyline, it’s fairly simple: a guy returns home to investigate the death of his brother, and, as he unravels the mystery leading up to his shady demise, takes revenge on those responsible. There isn’t a lot of character work, it isn’t particularly stylish, and it doesn’t really mean anything. The film almost refuses to cast judgment on the actions of its protagonist, the titular Carter. I don’t mean this as a negative, either; there’s something refreshing about movies like this that deliberately don’t have any sort of moral.

That doesn’t mean that you, the viewer, are free to let your conscience take a vacation. It’s hard to watch this movie and not wince at callous way Carter treats other people. For instance, I was stunned when Carter trapped a woman in the trunk of her own car and refused to lift a finger when said car was pushed into a river. I almost couldn’t believe when Carter beat the shit out of a hotel mogul and casually dumped him off the roof of a towering parking garage (although I can’t say I wasn’t rooting for him to do that very thing). Carter is a badass, and a perfect role model for anyone interested in going on a roaring rampage of violence and revenge.

Barring that, though, I don’t know what else to glean from this experience. It doesn’t revel in its brutality; it treats it with the same monotone, objective neutrality that it treats everything else in the film. No more emphasis is placed on Carter slapping a woman and drugging her to death than is placed on him running through a grassy courtyard. Get Carter is almost like a documentary of revenge. There’s no fanfare, no message—just Michael Caine kicking ass. Like a force of nature, it’s neither good nor bad. It just is. 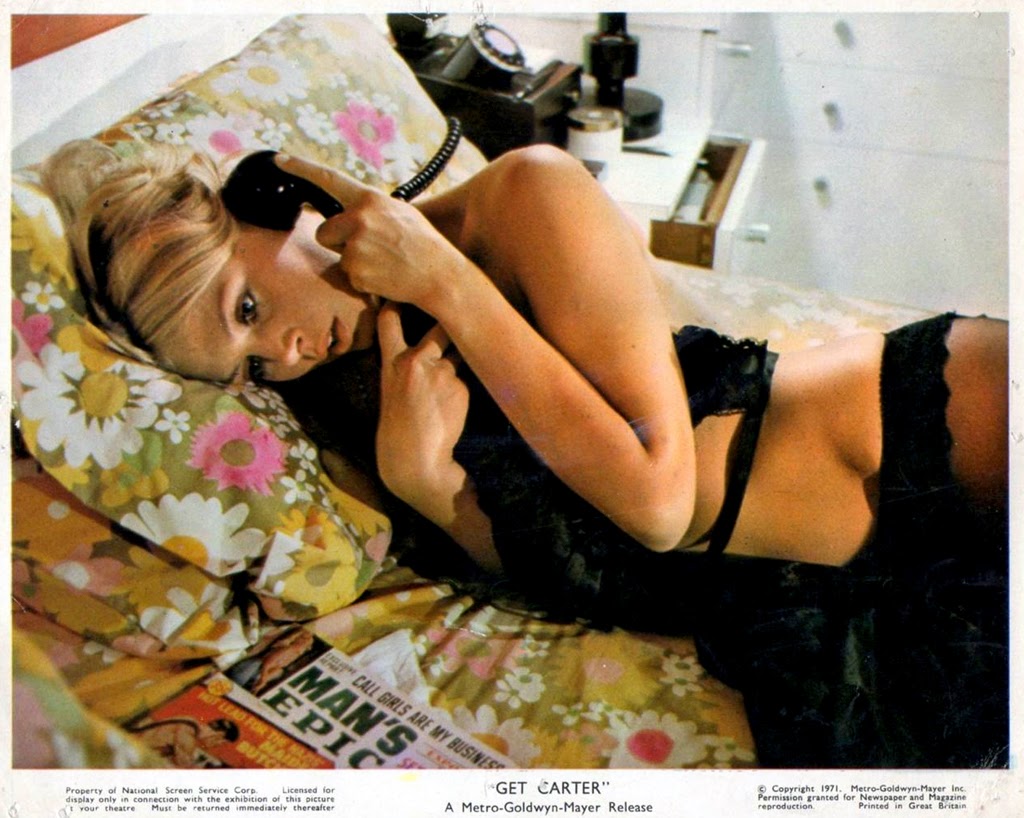 If there ever was a gathering of Brits assuming chairs around a writing desk, gulping down shots of hard liquor and placing pen to paper in order to write the great Shakespearean Tragedy of the crime film genre, the collective minds of Get Carter were these Brits. As Brighid illustrated, this is a dark movie. It’s a wash of greys, cloudy days, and dull colors. The people in this picture are hardened, their skin coarse and leathery from the throes of a life of difficulty.

Whereas American films give us heroes to stand behind, even in the darkest of environments (see Charles Bronson in Death Wish), the Brits tell us to piss off, to get off this need of a likeable protagonist. They toss us one pissed off Michael Caine, who is more animal than man, and tell us to fetch. This vengeful Michael Caine, named Jack in the film, is a no-nonsense, no horseshit* kind of guy. He’s a real piece of work, and he’s setting his childhood home to flames on a quest for revenge that runs the gamut of being labeled a tragedy amongst thieves and scoundrels.

But that’s not why we watch this film. We watch this movie because it’s a wholly unique entry in the crime genre. While most of the brutality and punishment is dealt during daylight, this truly is a film where no light can pass. Hollywood feel-good moments can’t break the clouds. People worth rooting for are nowhere to be found. The overcast skies are of a shade so soul-sucking, that even the best witty action hero would struggle to find peace of mind, to grasp that breath of Zen that comes with another foe’s entrails speckled upon the hero’s brand new loafers.

And this is desirable because it’s an emotion unknown to us in the crime cinema world. The concocters of this strong brew have assembled all the necessary parts to place us inside the mind of a man whose soul has been dragged to Hell many moons ago, and like him, we struggle to grasp onto something worth fighting for, to find meaning in the meanderings of our color-less worlds. If that’s not the ultimate exploration of a character, I don’t know what is. 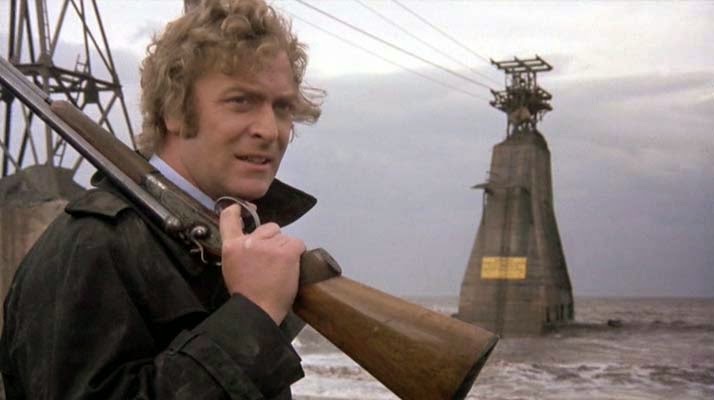 
Next: Primer. Get Psyched! 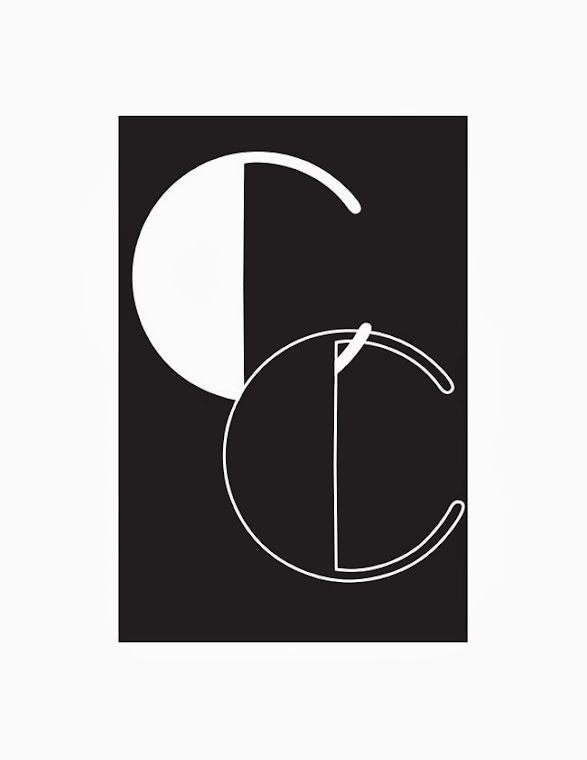